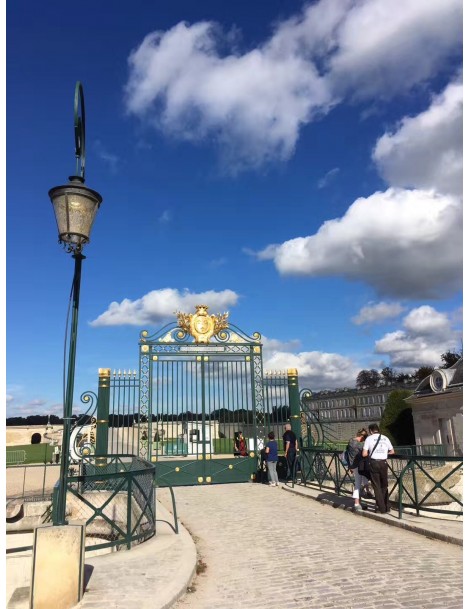 The home of a prince and collector

The Chateau de Chantilly is one of the finest jewels in the crown of France's cultural heritage. It is also the work of a man with an extraordinary destiny: Henri d’Orléans, Duke of Aumale (1822-1897), fifth son of Queen Marie-Amélie and King Louis-Philippe, the last King of France. Thanks to the precautions taken by the Duke of Aumale in his will, Chantilly remains, more than a century later, a showcase of preserved works where the charm of the 19th century continues to reign.

In 1830, the Duke of Aumale, aged eight, inherited the Domain of Chantilly and a huge fortune from his godfather Louis-Henri-Joseph de Bourbon, the last Prince of Condé.

He thus became one of the most significant landowners in France and was constantly paying tribute to his ancestors and predecessors throughout his life.

As a student at Henri IV high school in Paris, with a bright future ahead of him, the Prince opted for a military career. The Duke of Aumale began his army career in Algeria, distinguishing himself in May 1843during the capture of the Abd el Kader encampment and became Governor General of Algeria in 1847.

In his function as Governor General he did not forget Chantilly however. During the Monarchy of July (1830-1848), shortly after his marriage to Marie Caroline de Bourbon, he had his private suites in Chantilly decorated by Eugène Lami, had a wooden gallery providing access to them constructed by the architect Duban and was working on a project to rebuild the grand château. But he had to leave France after the Revolution in 1848, when the monarchy was abolished.

Exiled from 1848 to 1871 in Twickenham, near London, his motto became: "I will wait". Considered as the greatest collector of his time, the Duke of Aumale, assisted by skilled advisors, built up a fabulous collection of precious books, paintings and decorative art objects, with which he planned to enhance the family domain in Chantilly upon his return to France.

On his return in 1871, a widower who had lost his two sons at the age of 18 and 21, he had the "Grand Château" (which had been destroyed in 1799 during the Revolution) rebuilt by the architect Honoré Daumet from 1875 to 1885, to house his precious collections.

With no direct living descendants, he bequeathed the Domain of Chantilly and his precious collections in 1886 to the Institut de France, on condition that on his death, the Condé museum be opened to the public, that its layout be preserved and that the collections may not be loaned.

On 7 May 1897, the Duke of Aumale died in his property in Zucco, Sicily. In compliance with his wishes, the domain opened its doors to the public on 17 April 1898 under the name of the Condé museum.

The layout of the collections remains unchanged, the château looks as it did in the 19th century, and provides an opportunity to travel back in time to the heart of a princely residence.

The largest stables in Europe

A masterpiece of 18th century architecture, the Great Stables were built by the architect Jean Aubert for Louis-Henri de Bourbon, the 7th prince of Condé. They are a veritable horses' palace.
The building houses the Museum of the Horse, which presents the relationship between men and horses since the beginning of civilisation. The Great Stables offer equestrian shows throughout the year, devoted to the art of haute-école horse training which has been contributing to Chantilly's international renown for more than 30 years.

No customer reviews for the moment.